Watching the news on Sunday morning (9 June) I saw that Brad Pitt and his second oldest son Pax had just arrived in Sydney on a private jet. I never thought by that afternoon I’d be seeing Brad in the flesh, the actor I have watched in movies since Thelma & Louise. This was Brad’s first trip to Australia and he was here to promote his latest project World War Z on the red carpet at The Star. It was surprising that he was so humble towards his fans that waited to get a glimpse. Exiting his private black Audi on arrival, Brad walked across the road to wave to his non-VIP fans. Brad spent around an hour on the red carpet having photos with the VIP fans (who also attended a screening of the movie) and talking to the press. Brad and Pax were on a whirlwind 48 hour trip to Sydney and according to other media reports managed to see some Australian wildlife and have a BBQ on a private yacht on the beautiful Sydney Harbour.

BRAD ARRIVING AT THE WORLD WAR Z PREMIERE | THE STAR

BRAD WAVING AT US 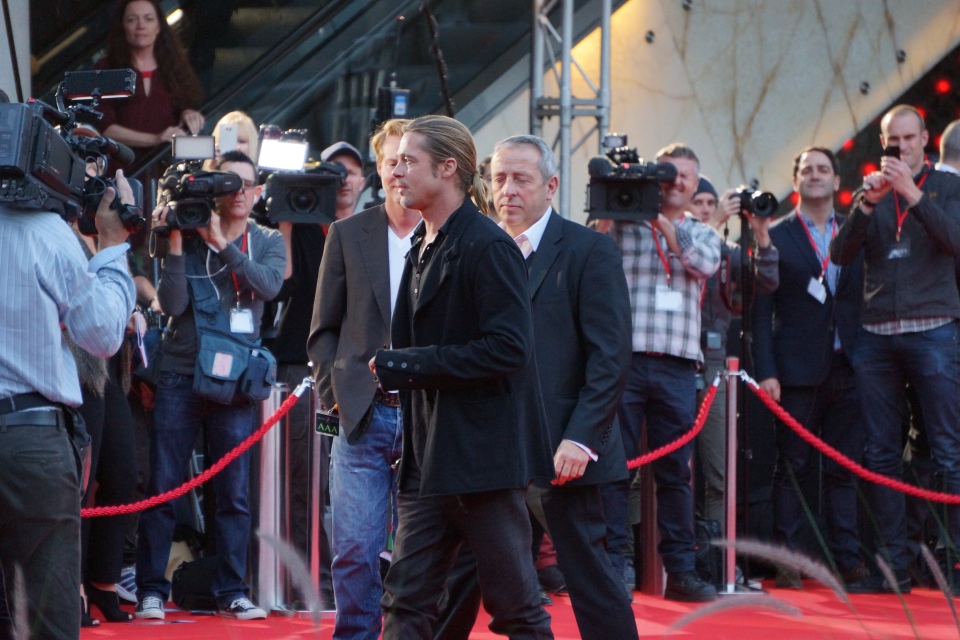 THE START OF THE PRESS INTERVIEWS | THE STAR

All photos by Mel McLeod ©